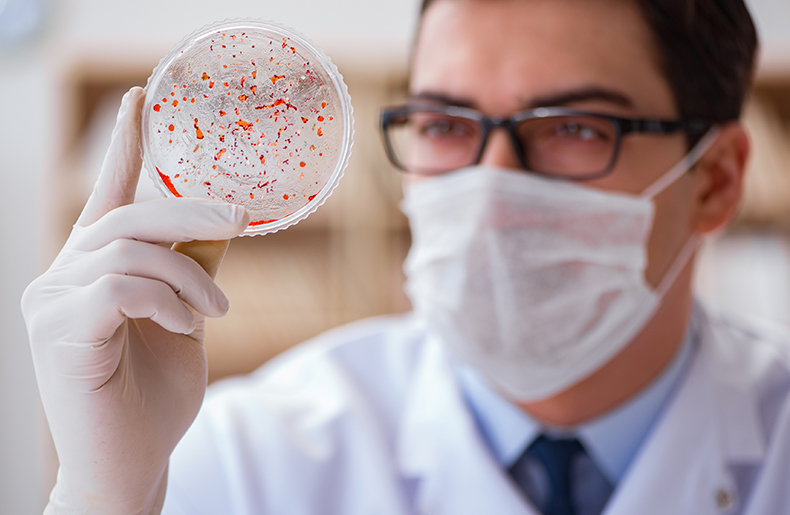 Welcome to the second part in our series of articles for Blood Cancer Awareness Month this September.

There are several types of blood cancer, the most common of which are leukaemia, Hodgkin lymphoma, non-Hodgkin lymphoma, and multiple myeloma. All blood cancers affect the blood cells in the human body, usually causing the over-production of malformed cells. These malformed cells cannot function correctly within the body and will interfere with the production of other types of cells.

There is no screening test available for blood cancer, so most people only discover they have blood cancer after the onset of symptoms. In this post, we will cover the common signs and symptoms of blood cancer:

Leukaemia occurs when the bone marrow begins to produce huge numbers of immature white blood cells that live longer than they are supposed to. These immature cells do not act like normal white blood cells, as they do not help the body fight infections or prevent diseases from taking hold. The millions of malformed white blood cells will also get in the way of healthy blood cells and can prevent them from working normally.

There are several forms of leukaemia, with the some acute forms of the disease progressing very rapidly. If a person has acute leukaemia they will become very sick over the space of a few days, often with flu-like symptoms. The most common symptoms of leukaemia include:

The huge number of white blood cells produced by leukaemia can prevent platelets from clotting the blood when necessary. If you have poor clotting, you may notice:

Did you know that a newborn baby’s umbilical cord blood stem cells can be used to treat many types of blood disorders such as Aplastic anaemia, Thalassemia, Fanconi anaemia, Sickle cell anaemia, and Diamond-blackfan anaemia? Download our free Cord Blood Info Pack to learn more:

Because the immature white blood cells produced by leukaemia do not function as normal immune cells, the immune system will be weakened. This can lead to frequent or persistent infections.

Cancer cells can build up in various locations including the liver, spleen, lymph nodes, and tonsils. This will lead to unexplained bumps swelling in the neck or armpit. Leukaemia can also cause unexplained weight loss and changes in appetite. Some people experience bone pain from leukaemia.

The lymphatic system is an important part of the immune system. It carries white blood cells called lymphocytes throughout the body. These cells will fight off infections and diseases.

Lymphoma will cause the body to produce large amounts of abnormal lymphocytes. These malformed lymphocytes do not work correctly, compromising the immune system. The main symptoms of lymphoma are swollen lymph nodes. Look for swelling in the groin, armpits, and neck. Other symptoms include:

This form of blood cancer causes the bone marrow to produce large numbers of immature plasma cells. These cells prevent other blood cells from functioning correctly. These malformed cells also prompt the release of chemicals into the blood stream that can damage organs and tissues. The most common symptoms of myeloma include:

It is common for people with multiple myeloma to have high levels of calcium in the blood — a condition called Hypercalcaemia. The symptoms of Hypercalcaemia include:

Multiple myeloma usually causes severe pain in the bones in the back and ribs. This occurs because the cancer is causing a chemical to be released that stops bone growth. The bones end up become quite thin and weak. Symptoms relating to weakening of bones include spinal damage, weakness in the legs, and tingling in the arms.

Other potential symptoms of multiple myeloma include: